Why is January Known as Divorce Month? 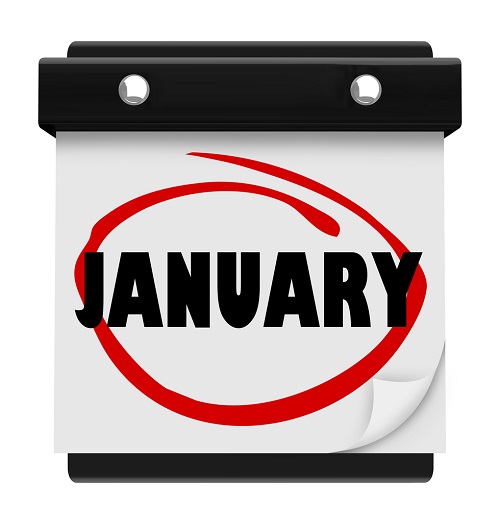 Every new year, we craft new resolutions for the year, but all too often, not one of those goals survives beyond the second week. Unless, of course, we’re talking about divorce matters. When people decide to end a marriage at the start of the year, chances are it will be ending in divorce soon after.

Many divorce lawyers have reported as much as a 25% to 30% increase in divorce cases in January. It’s become a real trend, so much so that the month has been dubbed “divorce month.” But is this true, statistically? What is it about the month of January that makes people more willing to pull the plug on a marriage?

One Last Holiday as a Family

Divorces are never quite pleasant, particularly if there are kids involved. And it’s even worse if the couple is embroiled in a bitter war for custody. Most people choose to stay together during the holidays to give their kids one last holiday as a family. In addition, there’s usually a whole lot of activity going on at that time, from hosting or visiting family to shopping and get-togethers, all of which can be stressful enough.

No one wants to break the news of their divorce in the middle of a family get-together. Most people prefer to do so in January, and there’s research to prove this. A study from the University of Washington examined divorce filings from 2001 to 2015 in Washington and found that they did increase in January after a yearly low in December.

The study also found that the holidays tend to be exhausting and emotionally demanding, especially when you have to deal with in-laws. The report concludes that “the consistent pattern in filings, the researchers believe, reflects the disillusionment unhappy couples feel when the holidays don’t live up to expectations.”

A review of Google Trends found that the keyword ‘divorce’ was quite popular in January, peaking on the week of January 6 to 12. Additionally, the legal information website FindLaw.com analyzed national divorce filings between 2008 and 2011 and found a spike in divorce filings in January, followed by a gradual rise that peaked in late March.

Finances also contribute to the growing trend. When couples file their taxes jointly, they are usually privy to certain tax breaks. This is why a divorce lawyer or tax professional may advise you to wait until the New Year before filing for divorce. This would allow you to take advantage of the tax breaks for that year.

Your attorney may also advise you to hold off on filing for divorce to take advantage of or to avoid new legislation, such as The Tax Cuts and Jobs Act.

January is indeed regarded as the divorce month, but a number of factors have made it the most ideal month for couples seeking to split up. It gives them the opportunity to celebrate one last holiday as a family, allows them to take advantage of tax breaks, and as is often the case, January is when most people are looking to wipe their slates clean and start afresh.

Do you have any questions regarding divorce law in Boston? Our experienced family lawyer, Heather M. Ward, will walk you through the entire process and let you know what you’re entitled to. Reach out to us today at (617) 903-8955 to schedule a free consultation.

Law Offices Of Heather M. Ward continues to work with clients via phone/email and is also taking new clients. Due to the nature of the Corona Virus we’re conducting all client meetings over the phone. To schedule your initial consultation please call today at: 617-903-8955