What Is a Cohabitation Agreement in Massachusetts? 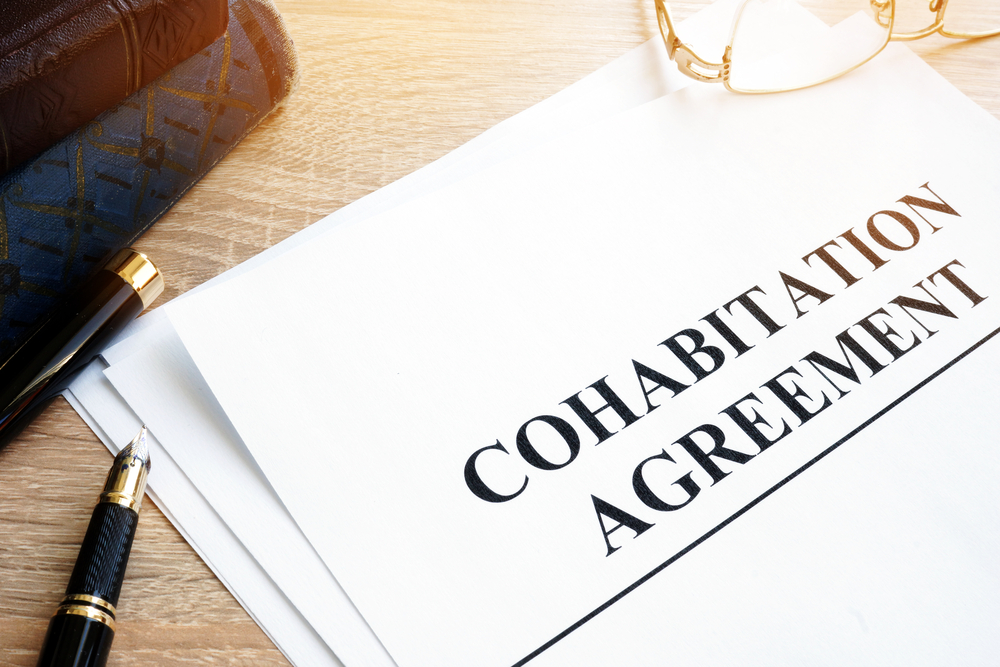 Most people are familiar with the idea of a prenuptial agreement—a legal document that parties enter into prior to a marriage that outlines the financial terms of the relationship, including things such as how property will be divided upon separation and the value of a spousal maintenance award. While prenuptial agreements are common for married couples, there’s another type of agreement that provides similar protections for unmarried couples: a cohabitation agreement.

What Is a Cohabitation Agreement?

Cohabitation refers to the act of living together as a couple without being married. In many states, couples who live together for a certain amount of time or who hold themselves out to be married—even if they haven’t formally said “I do”—will receive recognition under common law marriage laws; however, Massachusetts does not recognize common law marriage. As such, those who are living together as a couple who are unmarried do not have the same legal rights or protections as married couples. A cohabitation agreement can change that.

A cohabitation agreement often includes other legal documents, such as a will or power of attorney, that outline property distribution preferences and give each party to the relationship the power to make healthcare decisions on the other’s behalf if they are incapacitated. Cohabitation agreements are enforceable in MA.

The Benefits of a Cohabitation Agreement

As noted, Massachusetts does not recognize common law marriage, which means that if you don’t have a legally recognized domestic partnership or/and cohabitation agreement in place and you and your partner separate or one of you dies, you won’t be bound by the same rules regarding property division and spousal support as married couples. For example, there would be no legal grounds for requesting equitable division of property. Having a contract can help to answer questions in advance and mitigate disputes later on. It can also provide peace of mind that if something happens—whether that be a death or a separation—you’ll both have some level of financial security and peace of mind.

How Our Family Law Attorney in Massachusetts Can Help

At the Law Office of Heather M. Ward, our Massachusetts family law attorney realizes that marriage isn’t for everyone. For those who choose not to marry but who live together, having a cohabitation agreement in place is a wise decision. To learn more about cohabitation agreements, what they cover, and how to form one, please reach out to Attorney Heather M. Ward directly today at (617) 903-8955 or send our law firm a message using the intake form on our website.