Same-Sex Adoption: What You Need to Know 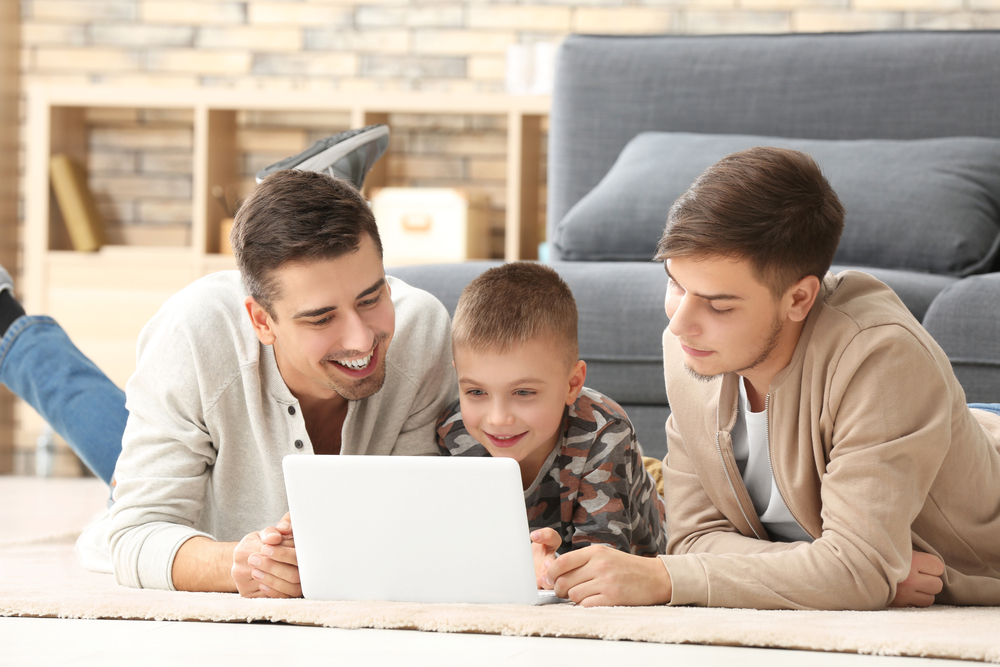 Unlike days past, same-sex couples have just as much a right to parenthood as anyone. So if you’re hoping to adopt a child with your same-sex partner, you need to know that there aren’t specific laws addressing adoption among same-sex couples in Massachusetts—which means you both can adopt jointly. But as always, individual adoption experts might have their own requirements.

If you want to adopt a child with your same-sex partner, we welcome you to the Law Office of  Heather M. Ward. One of our family lawyers will guide you through the entire process so you can successfully adopt a child.

The Massachusetts Supreme Court ruled in 1993 that same-sex partners could adopt kids. If you live in Massachusetts, you can adopt a child no matter your sexual orientation. Moreover, same-sex couples may adopt a child jointly, which means that the adopted child gets two legal parents. This reflects the family situation more accurately.

Under Massachusetts law, a child born to a wedded couple is presumed to belong to both spouses. But Massachusetts couples should nevertheless consider adopting a child jointly. This can be helpful in the event of a couple moving out of state.

During divorce, a gay or lesbian couple will have similar custody and visitation rights as any other wedded couple. A Massachusetts court will approve or determine a child visitation schedule and custody based on the child’s best interests. There’s no single factor that determines whether it will be a joint custody or which parent will get custody. The court instead considers all the circumstances in total to determine the best interests of the child.

Also known as a “step-parent” or “second-parent” adoption, a co-parent adoption refers to the joint adoption of a child by one individual who’s already the child’s legal or biological parent with another individual who isn’t.

Co-parent adoption establishes a legal and permanent relationship between adoptive parents and a child, where the child was previously only related to one parent. A perfect example is a child adopted by a stepparent who’s keen to create their own parental rights.

Many people use co-parent adoptions to create a child-parent relationship in the spouse or partner of the individual who already has one child or more.

Under Massachusetts law, same-sex couples are allowed and even encouraged to adopt children. Adoption is also allowed no matter if the couple is married or not. In essence, couples seeking a co-parent adoption look to convince the courts that the unrelated spouse is definitely a true parent, and that they should establish the parent-child relationship legally and permanently.

In 2016, adoption by same-sex partners became legal in every state. But based on the jurisdiction, couples can still face some challenges. For instance, some states restrict the fostering of children by same-sex couples. Other couples have had difficulties with agencies and social workers in the process of adoption.

If you’re a gay or lesbian couple considering fostering or adopting a kid, it’s essential to know the latest laws in Massachusetts before proceeding. Our experienced family lawyer, Heather M. Ward, can walk you through the adoption process and explain your rights. Contact us today at (617) 903-8955 to arrange a free, no-obligation consultation.