Lesbians Have a Higher-than-Average Divorce Rate: Preparing Yourself for Common Challenges of Gay Divorce 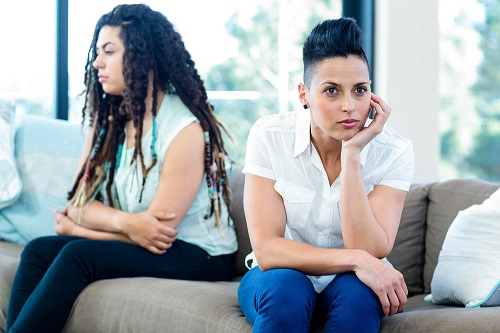 While any married couple may be at risk of a divorce depending on numerous factors, statistically, lesbian couples are at a higher risk of divorce than are couples in heterosexual relationships or male-identified-only relationships. If you are in a same-sex marriage and identify as a lesbian, it’s important that you know the statistics surrounding lesbian divorce, as well as some of the common challenges of gay divorce that heterosexual couples may not face.

Lesbians are getting divorced at an alarming rate. Consider, for example, a case study in the UK that looked at the number of lesbian divorces following a 2014 marriage (the year during which same-sex marriage was legalized in the UK). By 2015, just 22 of 1,409 same-sex marriages had ended in divorce, 56 percent of which were women. But by 2016, that number had jumped to 112, 87 of which were lesbian couples.

Another study tells a similar story: in 2005, there were 580 lesbians marriages registered; 10 years later, just under ⅓ had ended in divorce. The same source concluded that even when age and age gap of partners are taken into account, lesbian couples are still more likely to divorce than gay and heterosexual couples.

Be Prepared If Your Marriage Ends in a Divorce

The fact that lesbian marriages are more statistically likely to end in divorce does not mean that your marriage will suffer this same fate. It does mean, however, that if divorce is on the horizon, you should start familiarizing yourself with some of the common challenges of gay divorce including:

At the office of Heather Ward Law, our divorce lawyer understands what you’re going through and that you need an advocate on your side. If you have questions about lesbian divorce and what your rights are, please reach out to Attorney Ward today for a consultation at (617) 903-8955. You can also contact our law firm online.